Action plan
All our news 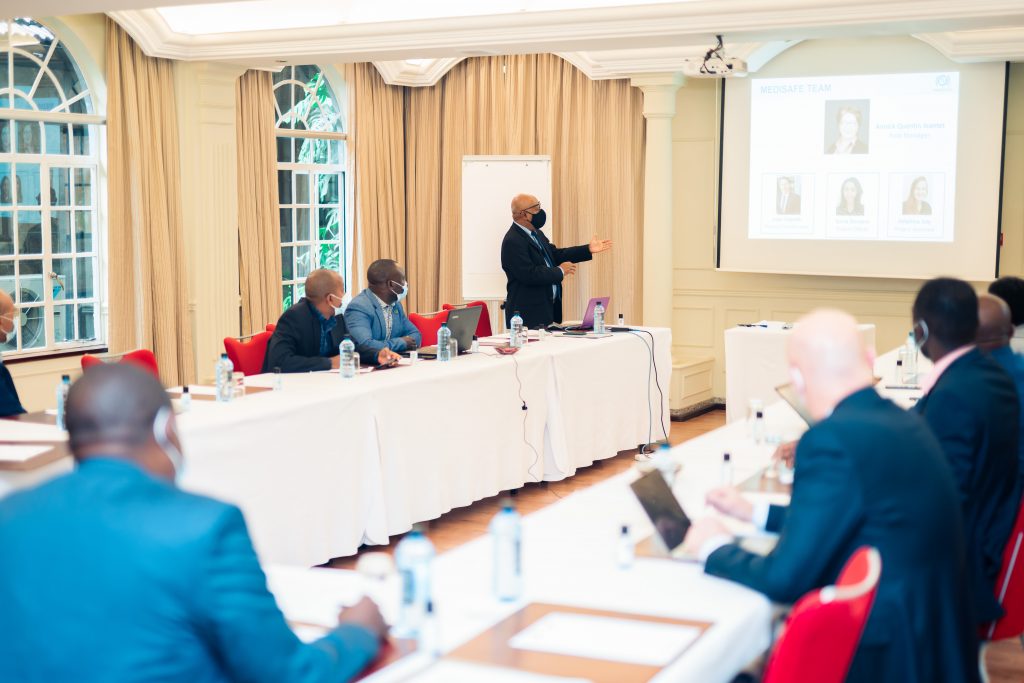 Work package no.5: Improving international and regional cooperation around identifying and combating trafficking of falsified medicines and medicinal products.

The European Union’s Centers of Excellence on Chemical, Biological, Radiological and Nuclear Risk Mitigation (CBRN CoE) Initiative brought together National Focal Points in Brussels on 17-19 May 2022. The MEDISAFE project’s Team Leader, Reychad Abdool, was invited to the meeting.

The international National Focal Points meeting brought together 62 partner countries, linked to the eight CBRN Centers of Excellence regions. It was chaired by Natalie Pauwels, Head of the Stability and Peace, Global and Transregional Threats Unit at the European Commission. The purpose of the event was to promote experience sharing, networking and increase the visibility of projects.

At the opening ceremony, Ms. Pauwels highlighted the key role of the Centers of Excellence “in building capacity, building resilience and mitigating risks“. She concluded her speech by reiterating the importance of raising public awareness of nuclear, radiological, biological and chemical risks.

Sessions then took place to present regional level activities and for project leads to share their experiences. Reychad Abdool presented MEDISAFE and the project’s activities. Several Centers of Excellence (CoE) regions expressed a strong interest in the project, including North Africa and the Sahel (NAS) and the African Atlantic Façade (AAF), and the Gulf Cooperation Council (GCC).

The agenda also included thematic working groups, bilateral meetings, awards and networking opportunities. This created space for particularly fruitful discussions between the MEDISAFE Team Leader and other participants from several regional CoEs, and delegates from Djibouti and Mauritius who are considering to apply for membership to the CBRN CoE in Eastern and Central Africa.

In closing the international meeting, the European Commission outlined the CBRN CoE Initiative’s intervention areas and strategic priorities. The next meeting will be held in 2023 and there are plans to invite an even greater number of partners.