Insights on the MEDICRIME Convention

Expert voice
All our news 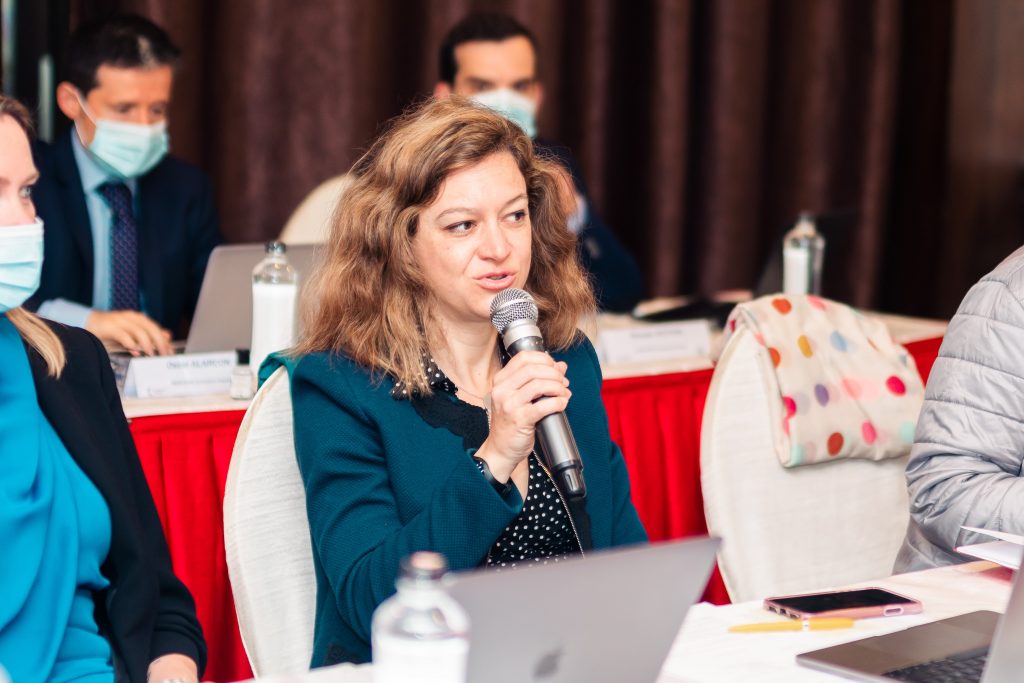 HEAR FROM THE EXPERTS #2

Sophie Figueroa is a legal expert at the MEDISAFE project. She has experience as a pharmacist, public health inspector, lawyer and a doctorate in criminal law, giving her an in-depth knowledge of public health issues, health system stakeholders and the institutional environment. Sophie’s experience within the French Ministry of Health developed her expertise in drafting and implementing legal and regulatory frameworks in the field of public health. In this interview for “Hear from the Experts”, she speaks about the MEDICRIME Convention and its key role in combatting the trafficking of sub-standard and falsified medicines and medical products. She also looks back at progress made at the Medisafe Nairobi regional legal seminar held in April 2022 in Nairobi, Kenya.

First of all, can you explain what the MEDICRIME Convention is and why it was created?

Sophie Figueroa: The MEDICRIME Convention is the first binding international legal instrument in the field of criminal law to criminalize not only the falsification but also the manufacture and distribution of medicines and other medicinal products on the market without the required authorization of the regional or national regulatory authority or in violation of safety standards.

According to the World Health Organization, one in ten medicines sold in  in emerging countries are falsified. It is a global phenomenon that affects even the most robust supply chains. Counterfeit medicines and other medicinal products have also been observed in some European countries. Europe is now a transit zone for these products to other countries.

It was against this backdrop that the Council of Europe developed the MEDICRIME Convention. The Convention criminalizes the intentional manufacture, supply, offer of supplies and trafficking of falsified medicinal products, the unauthorized manufacture or supply of medical products, putting medical devices on the market which do not meet compliance requirements, and the falsification of documents. The Convention makes provision for criminal sanctions, prevention measures and measures to protect victims. As a treaty it focuses on the protection of public health and does not address intellectual property issues.

The lucrative nature of trafficking in falsified medicines has attracted international criminal organizations. It has therefore become crucial to establish a streamlined and internationally coordinated response. In this respect, the MEDICRIME Convention, which is open to all countries, provides a framework for international cooperation and measures to improve coordination at national level between different disciplines and sectors.

What is at stake for MEDISAFE project partner countries ratifying the Convention?

S.F.: The MEDICRIME Convention will enable future signatory countries to have access to a shared framework providing internationally standardized legislation and allowing for dissuasive sanctions to be applied that are proportionate to the damage caused to patients. The treaty provides a clear framework for cooperation at national and international level, including the exchange of information. Communication facilitates early detection of counterfeit products and helps curb growth in these types of offences. Therefore, the more countries that ratify the MEDICRIME Convention, the stronger its power to step up the fight against falsified medicines.

What activities related to the Convention are implemented in the context of MEDISAFE?

S.F.: Under the MEDISAFE project, we conducted technical seminars in 11 partner countries on good practice in legislation during which we presented the MEDICRIME Convention. Together with the participants and national legal experts from the project, we reviewed national legislation related to falsified or sub-standard medicines and medicinal products. This approach has made it possible to identify gaps in legal frameworks with regard to the Convention. Sometimes provisions of legal documents are incomplete or difficult to apply for various reasons.

In April 2022, a regional seminar was held in Nairobi, Kenya, to highlight the value of accession to the Convention, as well as the process of implementing the Convention or an equivalent level of legislative rules and regulatory standards under the Convention. The project’s 11 national legal experts have since drawn up a roadmap for their countries with concrete steps for their respective governments to improve the fight against falsified medicines.

In addition, discussions with partner countries have highlighted the need for a coordinated and organized response by governments to the cross-border nature of crimes of this kind. It is crucial that initiatives against these criminal activities are taken within the framework of cooperation between the various actors. Where there is a lack of discussion and communication between health authorities, customs, police and the judicial authorities, both nationally and internationally, there are significant implications in terms of the ability of governments to prosecute criminal organizations.

Of the 11 MEDISAFE project partner countries, how many are involved in the ratification process and what are the next steps to support them in this process?

S.F.: Burundi and the Democratic Republic of the Congo, through their national legal experts supported by the national focal points, have expressed interest in their countries acceding to the MEDICRIME Convention. In order to assist and support these countries with this process, we will set up technical seminars on acceding to the Convention in collaboration with the Council of Europe, who are in charge of the accession process. The aim is, in addition to raising awareness among government representatives, members of parliament and the judiciary, to assist these countries to develop and compile the relevant documentation needed for accession. This will then be presented to national government for them to decide and express the country’s willingness to be part of this process.